The Eyes of Cancer

“Seriously? Another young, male patient?? Lynn, I thought we talked about this-I’ll take anything tonight but the young ones-I can’t put up with any more whining tonight!!” I was half joking with our charge nurse, but definitely half serious. It had been a full night of putting up with the grown momma’s boys. I had spoon fed a fully capable adult male, “hid” an IV with flesh-toned tape and a pile of blankets on another, and run back and forth for multiple meals on a guy who was “starving to death” and “hadn’t eaten for AT LEAST two hours!!!”. These were only the examples I mention. The unnecessary drama of the ER was starting to get to me and because it happened to be with a similar age group and gender, I was attempting to stereotype and boycott for the rest of the shift.
The report from the triage nurse came. “No, I think this one is really sick. He looks pretty terrible. Nausea and stomach pain.” I had walked by triage earlier and seen an elderly gentleman, but none that fit the description.
One horrible trait of ER nurses is that we are rarely surprised. We see an exceptional amount of the absurd and extreme of the medical world. As I opened the patient chart to get a bit of history on him, I was shocked to see several different cancers listed in his current history. The triage note mentioned a recent end to his current chemotherapy treatment and a bout of nausea and severe pain that rendered him incapable of keeping anything down.

As I entered the patient’s room, my automatic self-control (a similar concept to all-wheel drive) kicked in. I held back a gasp. I had skimmed the chart and pictured a twenty-something year old with a little stomach pain. In my mind's eye he was a thick, strapping Marine with a little stomach bug that I would fix with a little zofran. He might whine a little if I flashed a needle, but I would call his bluff and question his "Marine card" rendering him defenseless and forced to suck it up.
There was one problem. That was what I imagined. I am a firm believer that the eyes are the window to the soul. When I speak to a patient I listen to their eyes more than anything. I chart what their eyes do when they speak with their mouth. Sometimes I struggle to hear the words of their mouth over the voice of their eyes. This man's eyes told such a story. They were deep and sunken like that of a skull. They were a steel green with a haze over them-as if the chemo had left a residue of pollution. These were eyes only a few years older than mine, yet they told the story of an entire lifetime crammed into twenty-something years. I realized, this was the gentleman from the waiting room.
As he spoke, the thinness of his face was accentuated as his mouth opened and stretched the haggard and poisoned skin across his face. That is what chemo does. It poisons your body as it tries to kill the cancer. The goal is to kill the cancer before it kills the person-then stop the treatment and try to revive the person. Those patients undergoing repeated treatments become living corpses. As I questioned him, I wondered as it seemed almost painful for him to speak. He writhed in pain-something he was used to but was now experiencing in a new place and for a new reason.
My assessment includes a history and a physical. The history. How did someone so young get three different types of cancer? He was a Marine. One of the most fierce of his bunch. Who knows if he exaggerated, but his strong features lead me to believe him. He spoke with authority. He deployed to serve his country. He returned safely and was deployed again. The second deployment got him. He returned to his beautiful wife and family-alive and happy to be home. He began having horrible symptoms-GI like many of the troops. He assumed it was a intestinal bug that he had heard about. After extensive testing, the doctors discovered cancer in three major organs. He immediately began treatments and surgeries. Large amounts of his intestines were removed and he now wore a bag. Things he once looked forward to in life like eating were now a chore and something to be dreaded. Did he regret serving? No. He was simply learning to accept a much different life and struggling to make it "ok" in his mind. 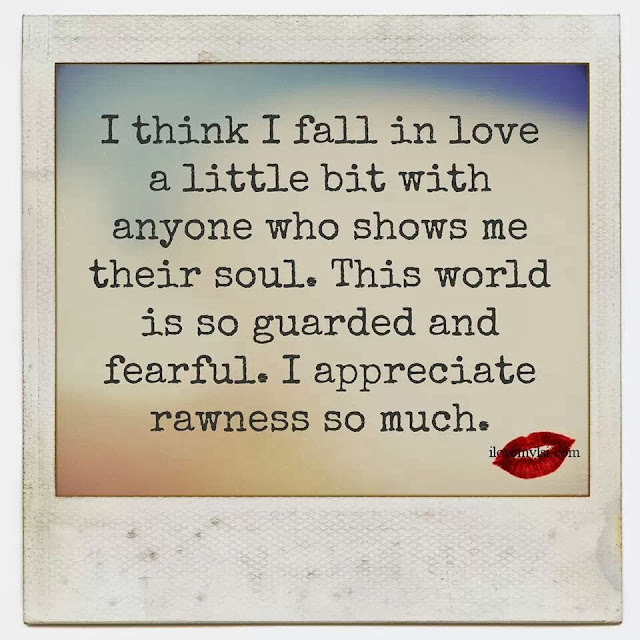 Something I will always love about the ER is how it allows me to see people "In the raw". People don't often come here dressed up for the occasion, displaying a facade, and parading around trying to impress. No, often they are at their absolute worse. As pure as human nature can get. They are hurting or feeling helpless over some disease or ailment. They are sometimes dying. The biggest and baddest of men and the fragile great-aunts from the nursing home find themselves separated by a wall or curtain and both vying for your attention and help. I love the struggle of treating every patient equally. I love playing the "nurse" card and removing stigmas like clothing by giving everyone the same, fashionable gown. The playing field in the ER is supposed to be level and based on acuity alone.

To return to the story of the patient, I wish I could continue it with a triumphant recovery. While it is certainly possible, the chances are very slim. The disease has done its damage and continues to riddle what is left of him with more distruction. Why him? Why someone so young who was trying to do the right thing? Why the one who is out serving his country instead of dealing drugs or engaging in other illegal activity?

I learned long ago to leave the decisions of creation to the Creator. Only He can see the entire picture. In some way, He will get the glory out of our lives. Our job is simply to live them to the fullest for His glory. Take each day in stride with the knowledge that if we are doing what He would have us to do, He will take care of us. He gives the toughest battles to the strongest people-that I truly believe.

Does that mean I no longer question God? Not in the least. As I begin to think about the "Why's" of life, I begin to realize how little I and we as humans know about life. When we can successfully build a human being from absolutely nothing, we will earn the right to question our Master Creator. Until then, He can see the big picture and gets the responsibility of understanding all. Our job is to have the faith of a child. It is not ignorant-it does ask questions, but it is ultimately trusting and humble.


Below are included some of my favorite photos from the last six months. Photos of "people in the raw". Photos of a moment captured where there was an effortless emotion caught on camera. The children of an Ethiopian school, thrilled at the foreigners who brought bubbles and candy along with their medicine and love. The sweaty and sandy volleyball team who came from out of town and won a championship. A mid-laugh snapshot that will forever be an inside joke. A special moment shared between a father and a son over dinner. A new relationship and the opportunity to celebrate the excitement of the "new-ness" over a birthday. A silly face that didn't realize she was on camera. They are people, humans that are not perfect but living a life and sharing moments that they enjoy perfectly. Part of this is a story, part is a lesson, and part is an encouragement to live your life fully and completely-not really perfect but perfectly real! 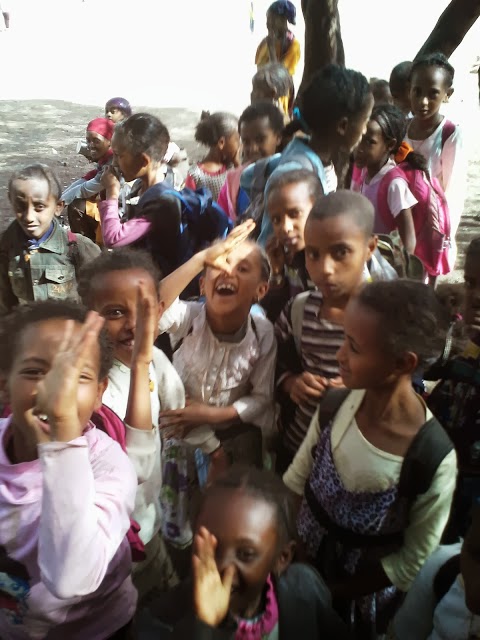 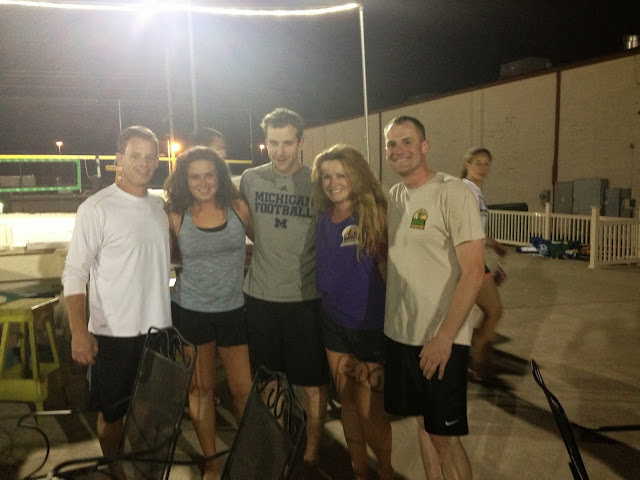 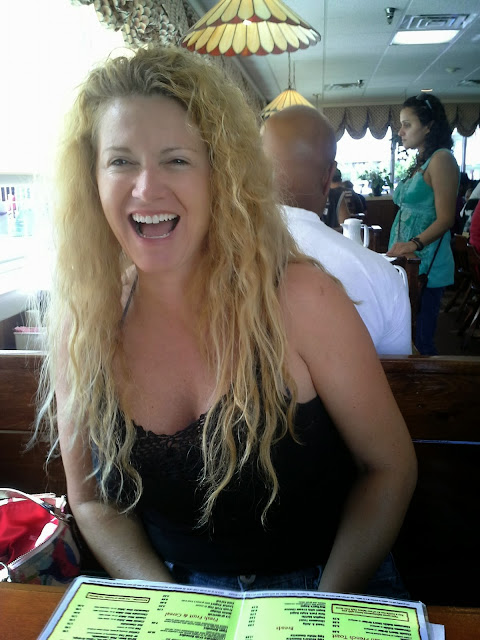 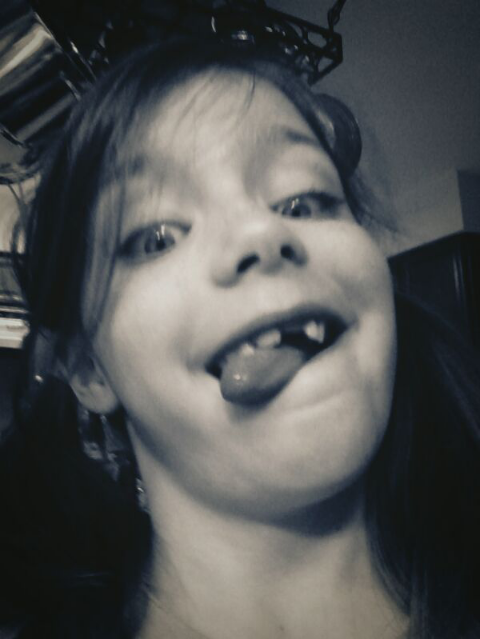 Thank you again for sharing your life and your thoughts and your insights and your faith. Being REAL is something very near and dear to me ... I am tired of masks and facades and the expected lies one is supposed to tell to appear godly and in control. I have accepted a whole lotta grace from a God who made us with real emotions and real problems and real issues. And accepts us as we come - in our Sunday finest or our sweat pants and ratty tshirt on a sick day. As they say, too, the ground is also level at His Cross.