Adventure. Mirrors of Salt. SUV's. Spanish. Another check off the bucket list. Maybe a little dangerous. But adventure!!!
That is how I imagined Bolivia before I experienced it. As I reflect on the trip, my description changes:
Vast. Undiscovered. Unknown. Spanish speaking. Dangerous. A different world. A more simple life. Friendly people. Harsh and corrupt government. Learning to survive-no matter what. 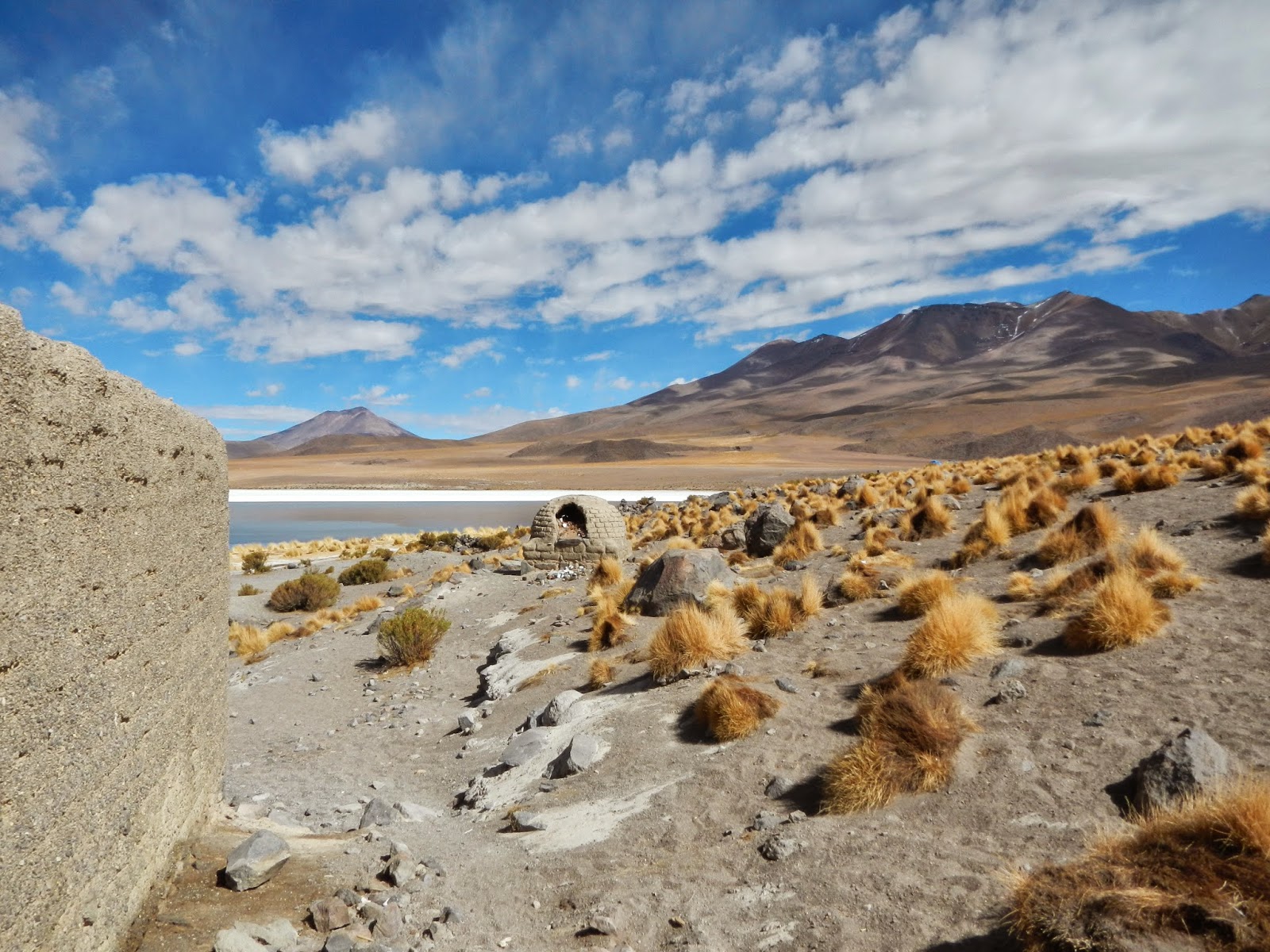 I had landed in La Paz, Bolivia. La Paz is the seat of two branches of Bolivia's government. It is also the third most populous city, boasting 2.3 million inhabitants.
The people of Bolivia greeted me as I stepped off the plane. They held the position of customs agents. They sent me to the back of the line multiple times. They tried to charge me extra despite my already expensive and prepaid visa. They made me fill out extra forms and riddled me with questions as to the nature of my journey and what I was carrying.
The people of Bolivia greeted me just outside of the airport. I was a friend of a friend to them and they embraced me. They grabbed my luggage and shooed me into a warm vehicle. The took me into their home and treated my altitude sickness. They gave me a warm shower and a cozy bed. The semi-language barrier didn't stand a chance against their sweet smiles and hospitality.
It is amazing how much adjusting must be done when traveling to foreign countries, particularly when one is coming from a very comfortable lifestyle in the United States of America. You must void all expectations and be prepared for an adventure. You must roll with the circumstances, good and bad. You must be open to new experiences and customs.
After much research, lots of questions, and my limited experience, I have concluded that Bolivia's government system is extremely difficult to understand due to it's pliancy. Bolivia has had sixteen Constitutions in their history recent and their latest constitution was agreed upon in 2008 after much debate by Congress. Those following their current President, Evo Morales, locked Congress in a building for three days until a decision was made.
President Morales holds the title as the "First Indigenous President of Bolivia". From what I understand, the Indigenous Indians of South America hold a similar position to that of the African Americans at the beginning of the Civil Rights movement in the United States. They are seen as "the other" and their lack of European blood gives them a lesser status than those of European descent. The separation between the indigenous and the Bolivians with European descent is evidenced in the clothing, social status, language, way of life, and even education level. Bolivia is the poorest country in South America and a place where the rich are very rich and the poor are very poor.
Bolivia is a Socialist country. The dictionary definition of socialism as "an economic concept that advocates public ownership of all resources". Wealth, goods, land; all is owned by the public and shared equally. With a government in place to distribute the resources, the imperfection of humans comes to life. Socialism, while theoretically providing everyone equal opportunity to everything, also removes the incentive to work hard because it isn't necessary to do so in order to have. This type of government can be argued to have the most wealthy (those in power) but also the extremely poorest (those under the control of the wealthy). 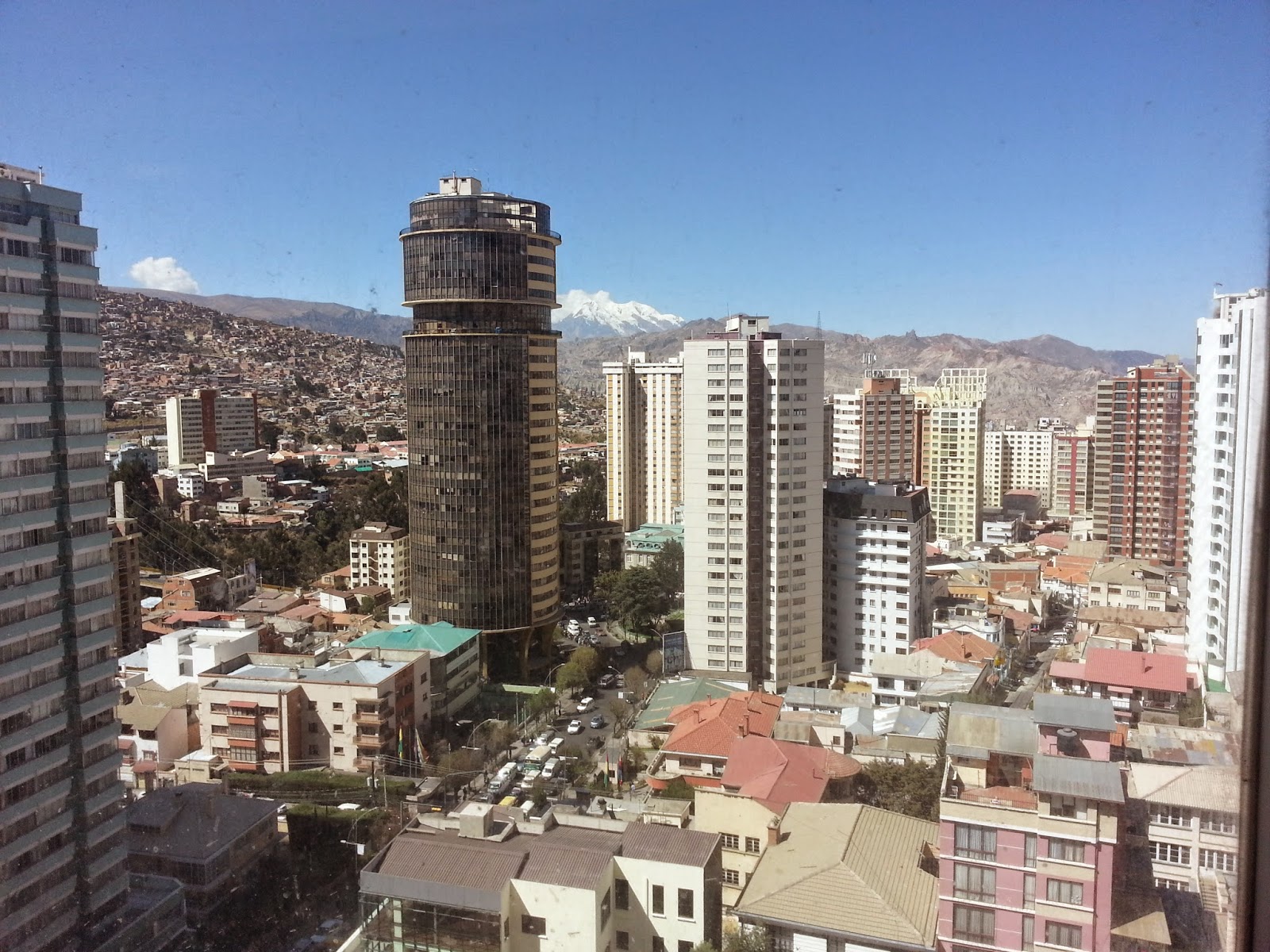 La Paz sits at 13,000 feet above sea level. Coming from 300 feet above sea level to this 13,000 was quite a dramatic change. Thankfully, friends from the states with travel experience had my back and helped me prepare for the climate change. My body took a hit, but not to the extent of most.
Aside from the elevation the food is quite different. Staples include rice, potatoes, and bread. Plantain are common and pork, beef, chicken, and the occasional llama are their primary meat sources. Lunch is the main meal and is often three courses with a light soup to start, the main meal, then a dessert that frequently consists of a fruit. Many foreigners describe the food as bland, but sauces (especially mayonnaise) are often served with the meal to add variety.
The traffic. Wow. Pedestrian and road alike. I will say after living in D.C., I don't even notice. La Paz has an excellent public transportation system...if you understand it. Cabs can be a more comfortable ride or they can provide the opportunity for a crime. My friend, a Bolivian who spent much of his early life in La Paz, made sure to call a cab company for a reservation so that there would be a record of his call in case the cab decided to try something. Cabbies have been known to rob customers and kick them out in a deserted alley. 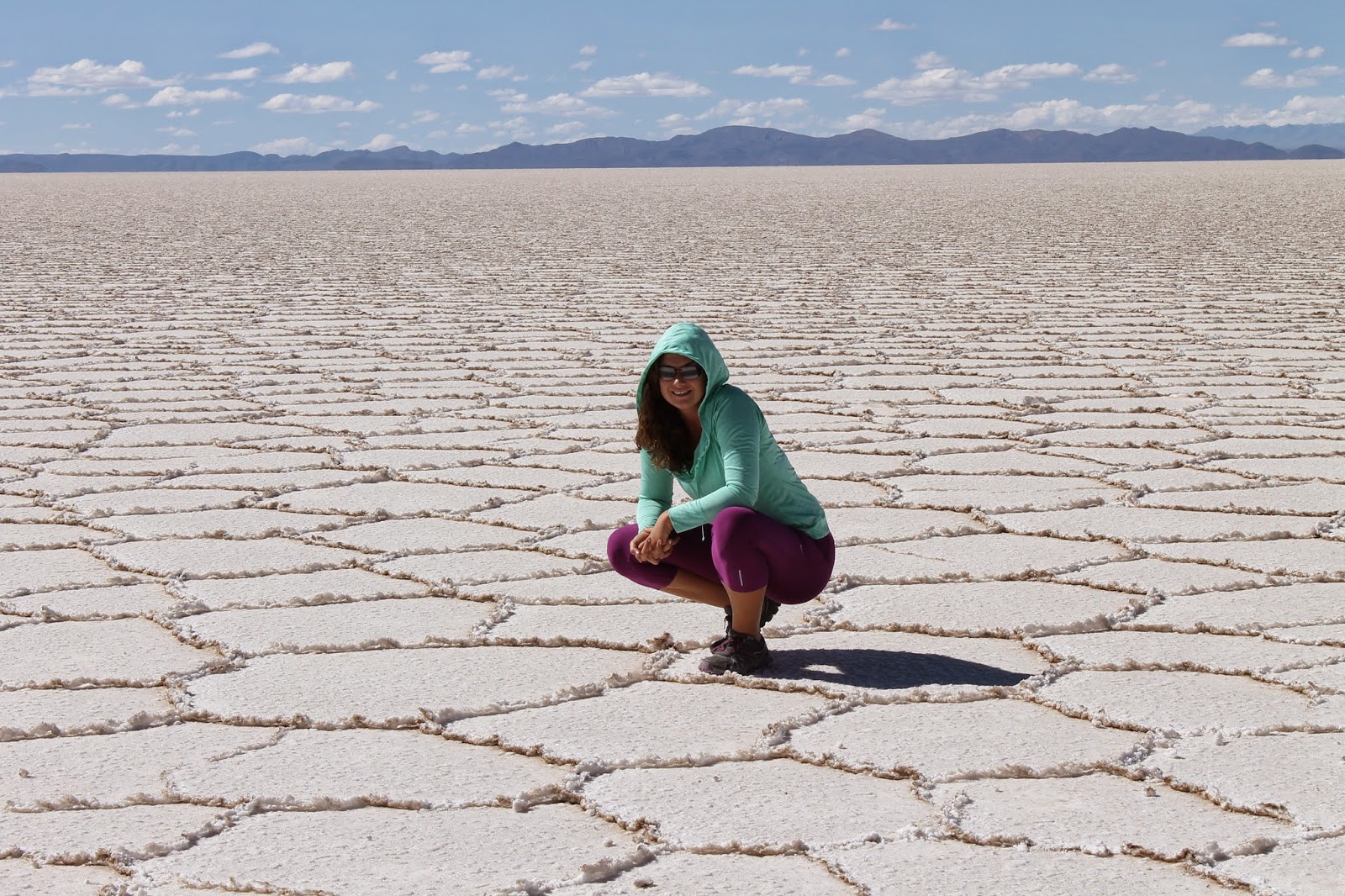 The road systems are extremely rugged. Particularly the country roads of Bolivia...well our poor pregnant friend described it very well, "I believe every cell in my body is rudely shaken". To traverse the expanse of the 4,000sq miles of Salar de Uyuni, we used a 90's model of the Toyota Land cruiser. Our driver was incredible, negotiating an immense land of flat sand and salt with trails that intersected and dissected with no difficulty. He used no compass, map, or GPS he made meager wages, he roughed it with a group of six foreigners for three days and two nights away from his family, all the while laughing, entertaining, and accommodating his tourists.
As I reflect on the trip and the many things I learned about Bolivia, I realize how much I have learned about myself. The comforts of the U.S. have become much more a part of me than I realized. I thought I was tough and able to "camp" or do without many modern conveniences. Take me up 13,000 ft in the cold of winter and I discovered differently. The number of times I stopped myself from complaining was embarrassing. The number of times I thought back to what I had in the U.S. and just "wanted to go home" was absurd. I was surrounded by people who had nothing and were still content. I was dressed and fed and had so much more than so many of them, yet all I could do was think about what I was lacking. 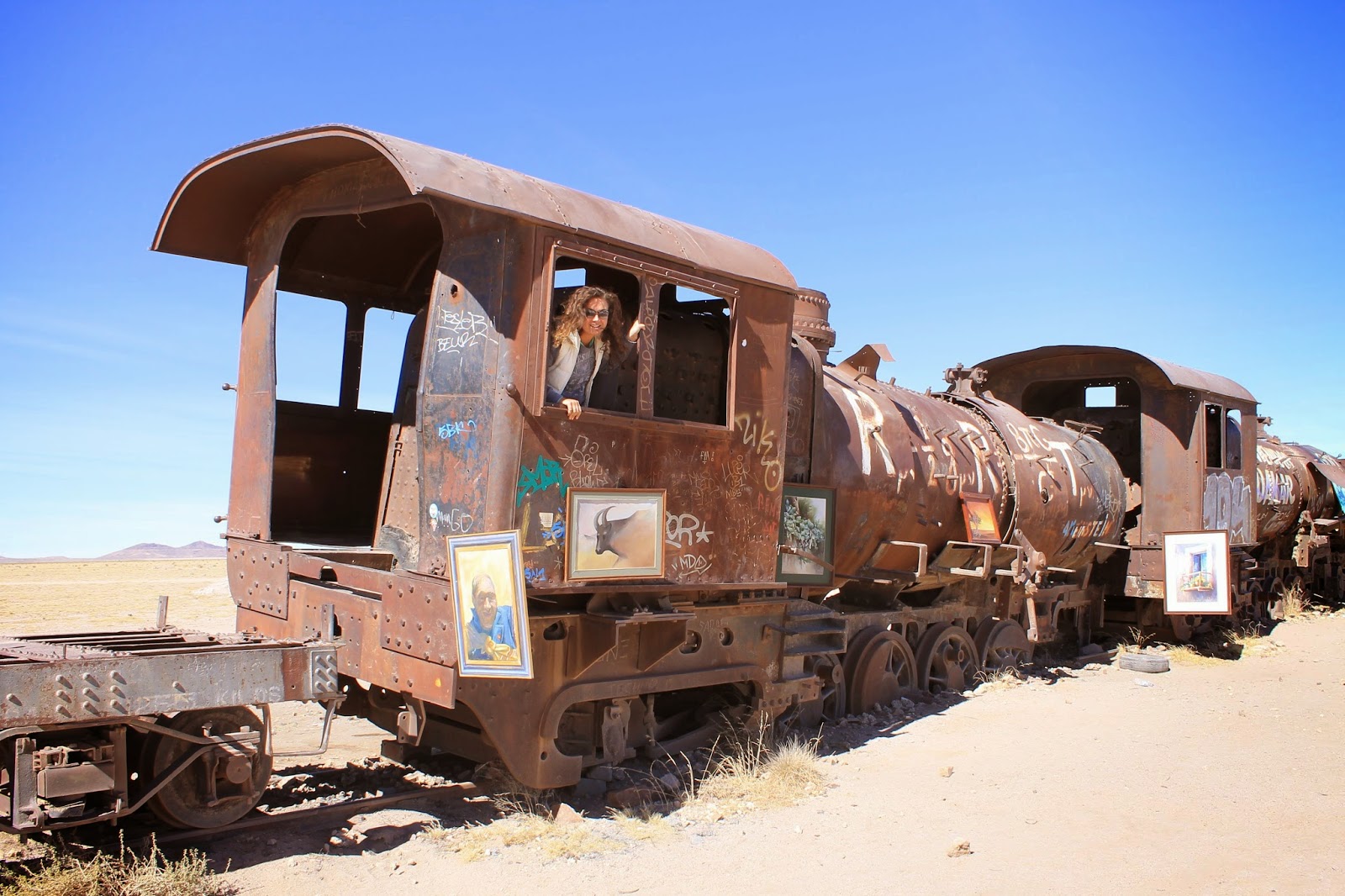