Humans. By definition we have limits and imperfections. We learn at a very early age to accept those. We jump off of a chair and are unable to fly. We try to show our love for our mother and end up breaking something in the process. Acceptance of our limits is a great thing, but then we take the next step-growing to become better and stronger and closer to "perfect".

Some things are truly impossible due to the laws of nature, however there are 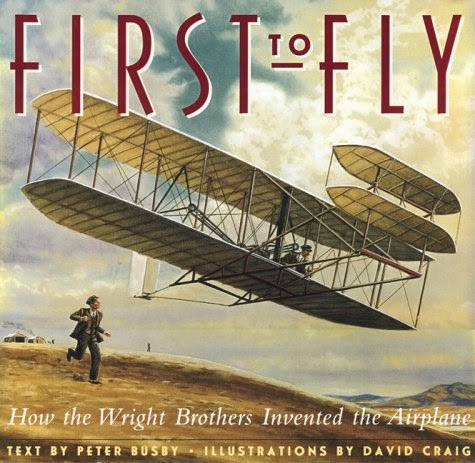 ways around them. Wilbur and Orville Wright decided to take the failed attempts of many and create a way to fly in a world where flying was only a child's dream. Neither man possessed a high school diploma and in a world where they were expected to marry and start a family at an early age, both found themselves working a dead-end printing job in their hometown and with Wilbur caring for his terminally ill mother. Both men had faith in God and demonstrated their faith in their lives. A quote from C.S. Rolls, co-founder of the Rolls-Royce Motor Co describes the brothers,
"They have lived through continual accusations of bluff, through disbelief and ridicule, and have been unaffected. Now they have seen the sudden turn of popular opinion and have sprung to fame; but they are still equally unaffected, pursuing their daily work with their own hands in their own quiet way."
As we now experience, their experiment worked and they are credited with making the first controlled, powered, and sustained heavier-than-air human flight.

Although it is hard to imagine a world where a light bulb is unimaginable and an airplane is science fiction or where the world was considered flat, but it was once so. In this world, you can chose to conform to the popular opinion, or you can believe in something and Someone larger than this life! Sure you could call it being a dreamer, but there are too many intricacies in nature for me to believe that this world is all there is to my life. When I die, whether I am deemed successful by the masses or a complete failure, I want to live as the Wright brothers were described, "through disbelief and ridicule, and unaffected". I'm not implying that I would like to be an oddity just because, however to believe in and live your life intentionally with the knowledge of the purpose of glorifying God will make you appear odd. Many will ask you questions and when you attempt to explain your purpose, most will shake their heads and write you off as crazy. Don't get discouraged. I remember a patient I had who came in speaking another language. No translator was available and the noises coming out of their mouth along with the hand gestures were completely baffling. That is what people who don't accept or believe in God will often experience when we try to explain. Instead of justifying our lives before others, find God and where He wants you to be, then let your life speak for itself. I am not discouraging sharing Him with others, but I think it is foolish to waste time debating God. The reality should be our example, much like the Orville Brothers using their "flying machine" to shut people up.

Finally, I will encourage myself-as most of these are written to me-to not limit God. Can those two words even belong in sentence together? When I try to understand Him, I often get discouraged because I don't understand it all...but that is ok. My job is to be a human and His is to worry about everything else and be God. He tried to make life a bit more simple in that respect, so why should I complicate it?? 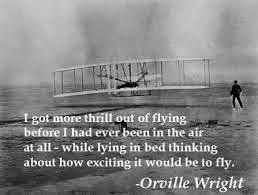