Love is an action, not an emotion. 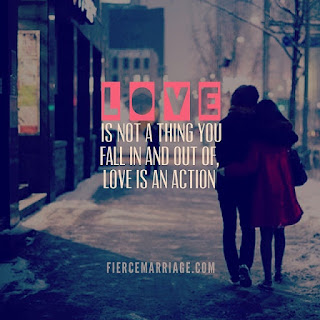 Loving people is hard. There are good people and bad people, selfish people and kind people, people who have everything going for them and will never do anything for you and people who just need someone to show them love. 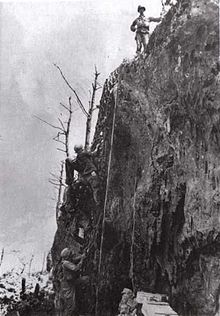 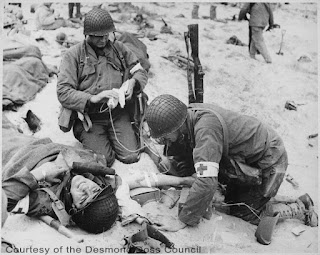 The story of Desmond Doss at Hacksaw Ridge during World War 2 is a story of love. Doss had a strong relationship with God and his church and a conviction that he was not supposed to use a weapon. He also felt a strong call to support the war effort as a "non-combatant". Doss was ridiculed by his fellow soldiers and his commanding officers and was put through many trials including an attempt to "Section 8" discharge him on grounds of mental instability. His charges were dropped and he was labeled a "Conscientious Objector" and sent off to war. At the tender age of seventeen, Doss and his men deployed. In April of 1945, they found themselves on Okinawa in a battle referred to as the deadliest in the Pacific Theater during WW2. The Japanese were embedded into the small island and for the Americans to even get to them they had to scale a thirty foot ridge. After a particularly bloody counterattack by the Japanese, Doss' entire battalion retreated down the side of the ridge. Doss, however, stayed and felt the God was leading him to do so. He scurried around the rugged and bloodied battlefield, ducking Japanese patrols who were finishing off wounded soldiers and trying to beat them to his men. The men he found who were still alive would be treated and lowered down the ridge. Working through the night and under gunfire, Doss' 150lb frame was able to retrieve 75 wounded men, drag them through the destroyed terrain, and lower them down the side of the ridge. Doss said of the feat, "I just kept praying, 'Lord help me get one more. Just one more'." This was certainly a supernatural feat and one that earned Doss the first Medal of Honor awarded to a conscientious objector. Doss was eighteen at the time.


True and pure love knows no age. It knows no circumstances. It is stirred up inside of us after experiencing God pouring it out on us and it is what we are able to turn around and pour on others. Only when it is a reflection of God's example is it true love.

1 Corinthians 13 describes the many attributes of love: 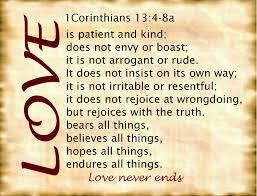 Those are deep. I will be exploring the individuality of each of these on my own time but considering each of these attributes can become overwhelming. Instead, consider what Christ would do in the individual circumstance. If ready to fine-tune your love, then do so but do not try to tackle the entire list when beginning. Small, consistent steps are what it takes. God knows our hearts and if we are truly seeking to love like Him, He will help us.

To return to the story of Doss, he was young and in many ways simple, almost childlike. Captains, Majors, and even Generals would look on him and scoff at his "ignorance" and attempt to talk him out of the war. His fellow soldiers berated him and made life as difficult as possible. The difference that allowed Doss to perform the supernatural was that he loved God and truly understood loving his fellow man. He did not need a degree from West Point to be able to love his brother. The best love we could ever afford to another would be simple and childlike; knowing and trusting that our Father is the biggest and the strongest guy out there and will always look out for us! 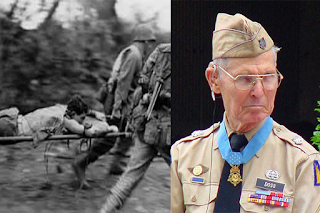